50 Ways to Wonder: Science kits for the playground 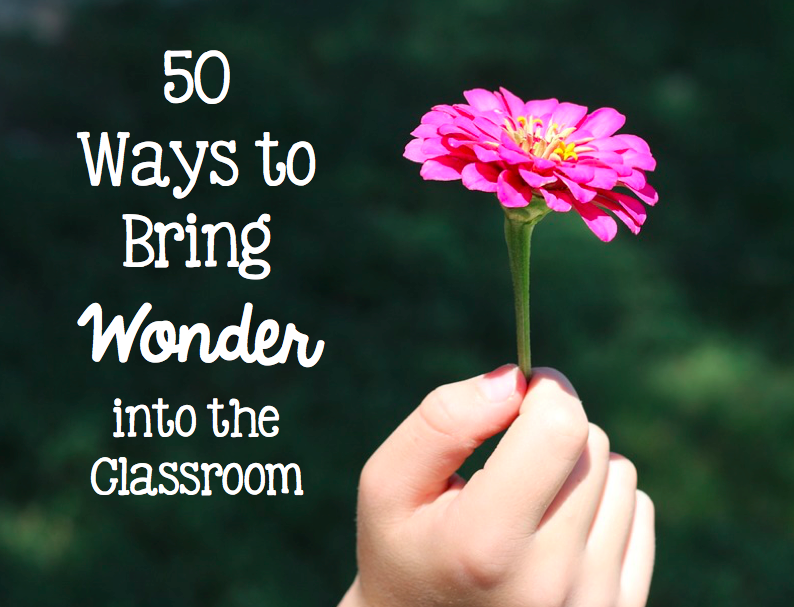 In an effort to bring curiosity and joy back into the elementary school classroom, I decided to start a series called 50 Ways to Bring Wonder into the Classroom. I hope to keep these ideas simple and easy to implement for the time-crunched teacher. Most of these ideas come from other teachers, blogs, and books – so I don’t claim credit for them! Click here to see previous posts in the series. And without further ado, here is the next idea!

8. Make science kits for the playground.

I don’t know how recess works at your school, but at mine, it’s complete chaos. All kindergarten classes have the same recess times, so there are usually about 65 kids running around on one tiny playground. Despite their best efforts to institute rule-following, the poor recess teachers spend their whole time fielding complaints about hitting, tackling, and going the wrong way on the slide. It’s not the recess teachers’ fault though – most of the kindergarteners, especially at the beginning of the year, don’t have the social skills or the independence to organize games together, or do anything except run around like recently-freed monkeys in a zoo.

Don’t get me wrong, I really value recess and think it’s incredibly important for kids to get outside and have time to move their body. If it were up to me, we’d have a recess at the end of every hour of learning (well, ask me that question in the middle of winter, and I would NOT be as excited to facilitate putting on of snow clothes at the end of every hour…)

But when my kids come in after recess, they are mostly just sweaty, and more hyperactive than before they went outside. The environment of five dozen kids running around screaming is not exactly rejuvenating for them.

So rather than complaining about recess (I need to save my complaining time for even bigger problems in public education), I decided to slowly work on this problem, starting with something very small – science kits. The idea came from the nature center where I work in the summer – small bags that kids can take out into the field to investigate the natural world. I figured if kids can use them out in the woods at the nature center, why not make something similar for the playground?

So I went to Michaels, bought four cheap canvas bags, and filled them with magnifying glasses, small notebooks, and a bug catcher. It took me less than an hour to put them together.

They turned out to be a huge hit. Kids were so excited to have something to do besides run around on the playground, and the bags were filled with enough items that 3 or 4 kids could share each bag. Every day I pulled name sticks to pick four people who would be in charge of bringing the bags out to recess. I thought I would have to make a big deal out of not forgetting the bags on the playground, but the kids felt so much pride in bringing them out that they almost never forgot to bring them back in. (I think it was also because they played with them for the entire recess time – instead of just discarding them after a few minutes, and forgetting about them by the time the bell rang.)

The science kits also had the benefit of engaging students who love to investigate the natural world. I saw students working together to create bug homes, identify (often imaginary) animal tracks, and use notebooks to sketch leaves and rocks. 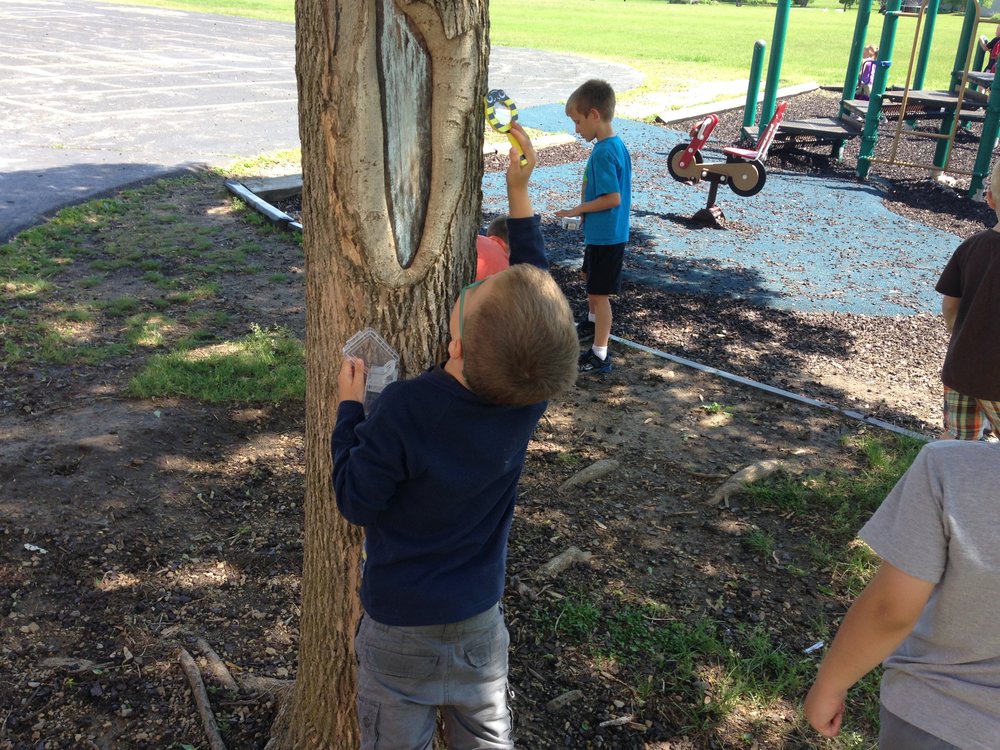 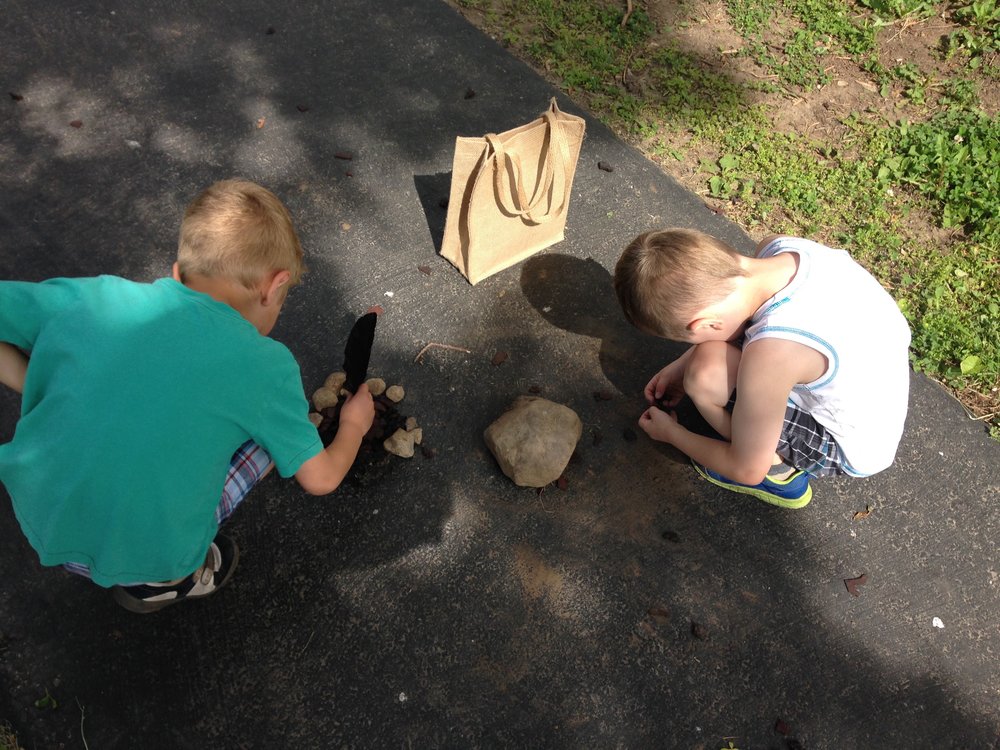 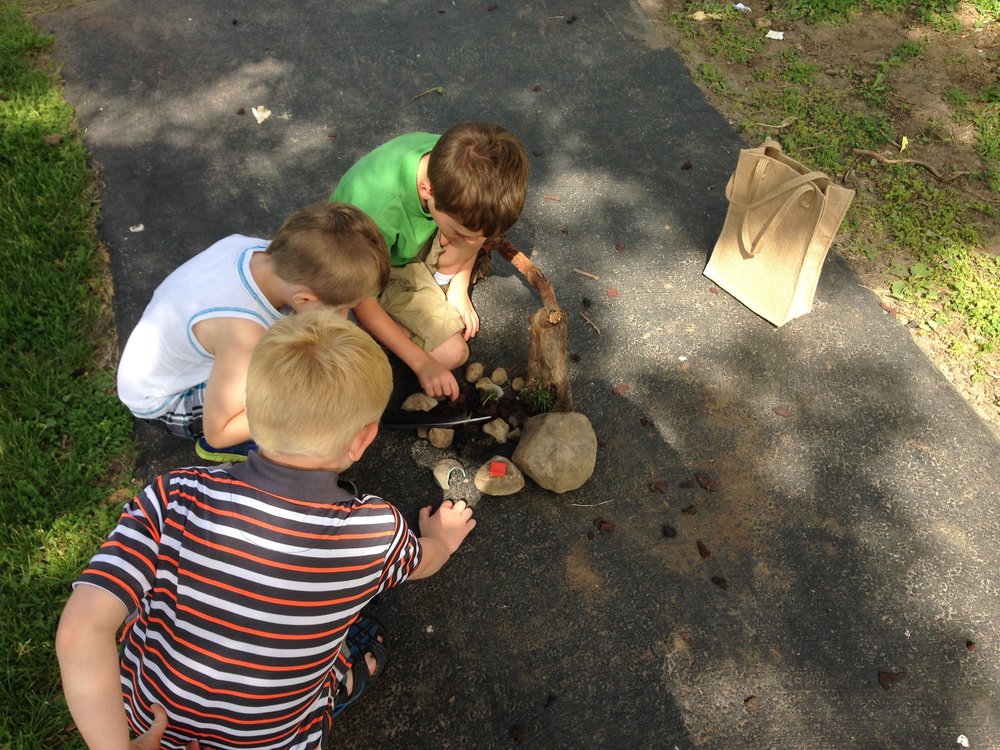 Below is a photo of what I included in my science kits, as well as a list of other ideas. In the future, I’d love to create other playground kits, including a reading kit and a nature journaling one. 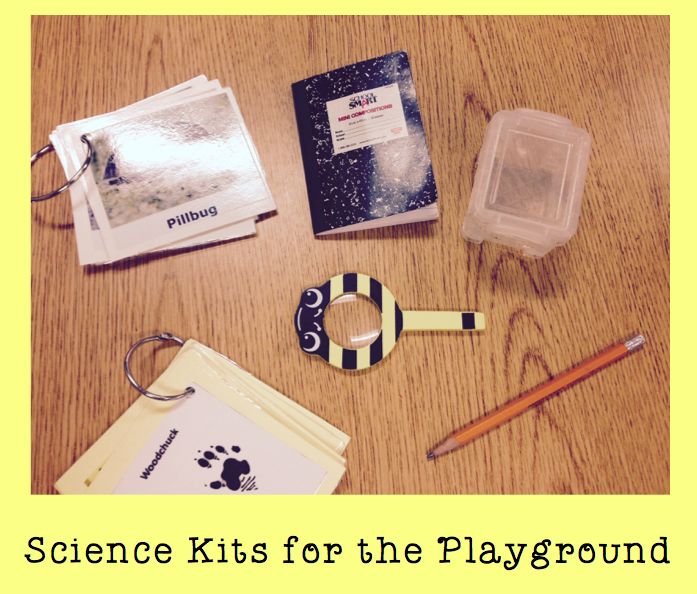 Included in my science kits:

Other ideas you could include:

50 Ways to Bring Wonder: Visit a “Sit Spot” every season.

Inspiration for the weekend