A few words on the importance of play 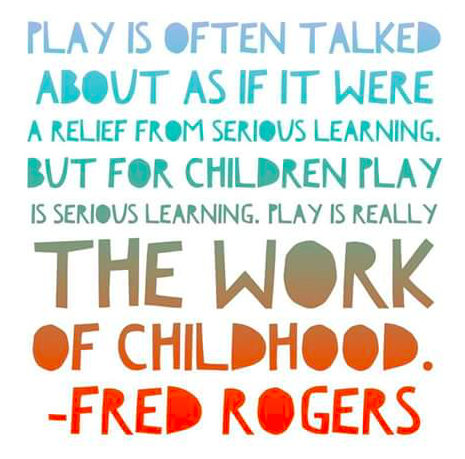 In my grad class we’ve been doing some readings about the importance of Socratic questioning in education. While I was initially turned off by the topic (what does Socrates have to do with teaching five-year-olds?), it turns out to be really relevant to teaching kindergarten. Socrates viewed inquiry and investigation as the best way to learn, as opposed to passive accumulation of skills and knowledge. I’ve long been an advocate for more play in the classroom, and it turns out that even 300 years ago, educators saw play as the best way for young children to learn. Check this out, from Martha Nussbaum’s Not for Profit: Why Democracy Needs the Humanities (emphasis my own):

German educator Friedrich Froebel (1782-1852) conducted reforms of early education…that have changed the way young children in virtually all of the world’s countries begin their schooling. For Froebel was the founder and theorist of the “kindergarten,” the year before “regular” schooling begins in which children are gently encouraged to expand their cognitive faculties in an atmosphere of play and affection, and one that, in a Socratic spirit, emphasizes children’s own activity as the source of their learning.

Froebel intensely disliked traditional models of education that viewed children as passive vessels into which the wisdom of the ages would be poured. He believed that education should focus on eliciting and cultivating the child’s natural abilities through supportive play. The idea of the kindergarten is just this idea of a place where one learns and unfolds through play.

Modern kindergartens…[retain] the core idea that children learn to unfold themselves by active thought, reciprocity, and the active manipulation of objects…Children all over the world today owe much to his contribution, since the idea of a type of early education through play in an environment of sympathy and love has created kindergartens more or less everywhere.

So awesome! Kindergarten should still be about playing! Except the author goes on to say…

This healthy idea is under pressure in our world, as children are pressed to drill at skills earlier and earlier in life, often losing opportunities to learn through relaxed playing.

It’s true. So much of my kindergarteners’ day is NOT playing, and is instead structured learning experiences to make sure they acquire a set of skills that in order to be “college and career ready” (at age six!). Ugh.

What that means for me is that I’m going to cling to that 30 minutes of free play time in my schedule every day, and not feel guilty if I expand it.

On talking about race in kindergarten: Children’s books to read